MotorWeb's either dumb or devious

A MotorWeb poster in my local VTNZ made a startling claim about (presumably for sale) cars in New Zealand:

1 in 3 vehicles has either:

This seems pretty shocking - that when you come to buying a second hand vehicle, there's a one in three chance that there's a legal issue with it. That is, until you read the small print:

Above statistic applies to vehicles checked by MotorWeb

It seems to me, given this caveat has been given in small print, that MotorWeb are probably well aware that their poster is misleading. 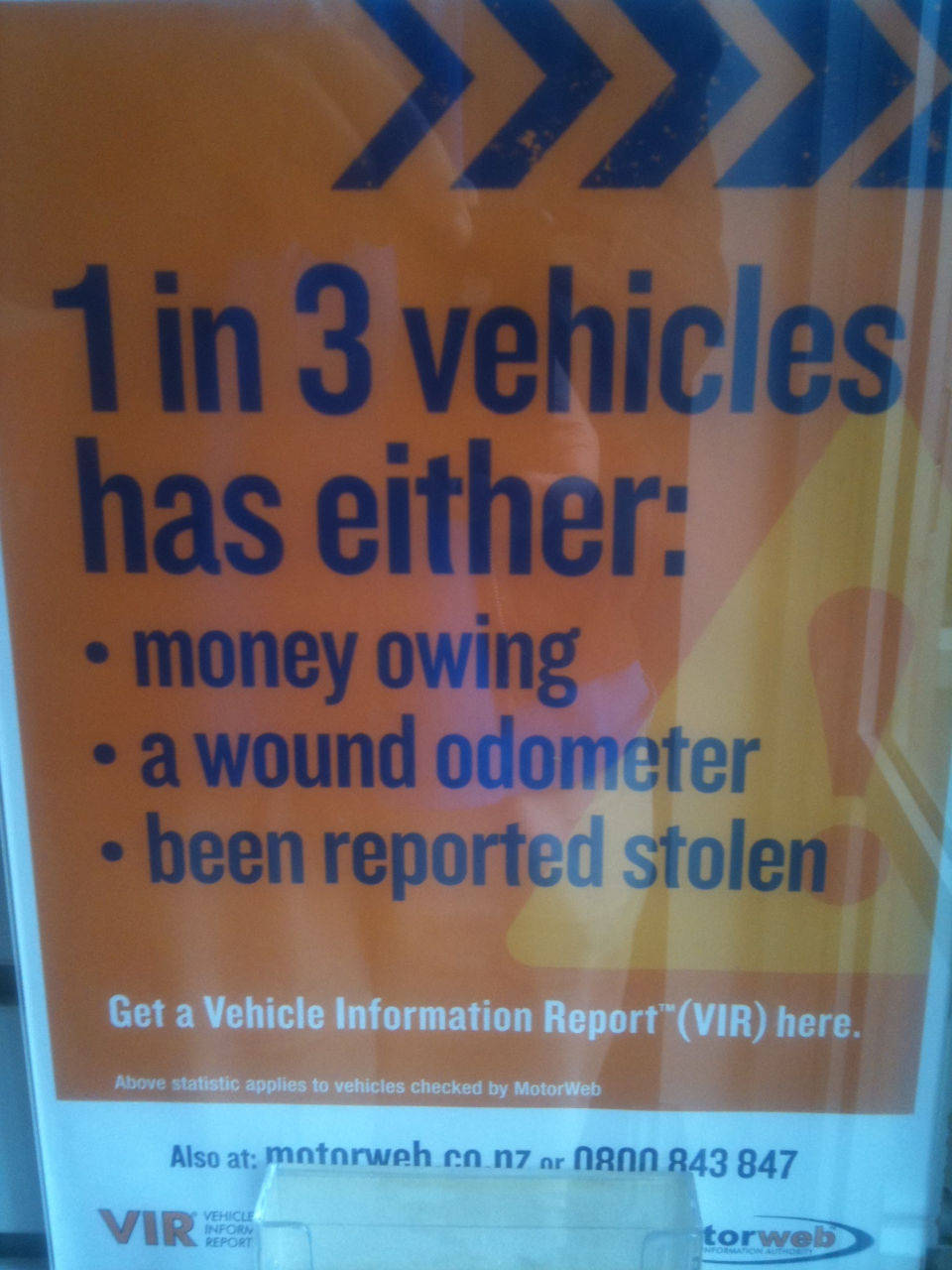