Dr Libby is a nutritional biochemist, not a medical doctor, who regularly posts alternative medicine articles in Stuff. She sells books, goes on speaking tours, has promoted a Multi Level Marketing scheme - USANA over-priced vitamins - and now sells her own alt-med products

Dr Libby was called up last weekend by the parent of a child with Down syndrome. The parent pointed out that use of the word "mongolism" in her newest book, "What am I Supposed to Eat", released in August. was considered to be offensive. Dr Libby responded by apologising (opens new window).

However, an IT worker decided to do some sleuthing, and found out that the text Dr Libby used that included the word mongolism was copied from an old conspiracy magazine (opens new window) from 1997. When I heard about this I searched for other instances of plagiarism and quickly found out that an article by Dr Stacey Rosenfeld was also copied. Dr Libby says that the similarities are a coincidence, probably because they've read the same research. However I've made a comparison of the text, and to me it looks extremely unlikely to be coincidence. 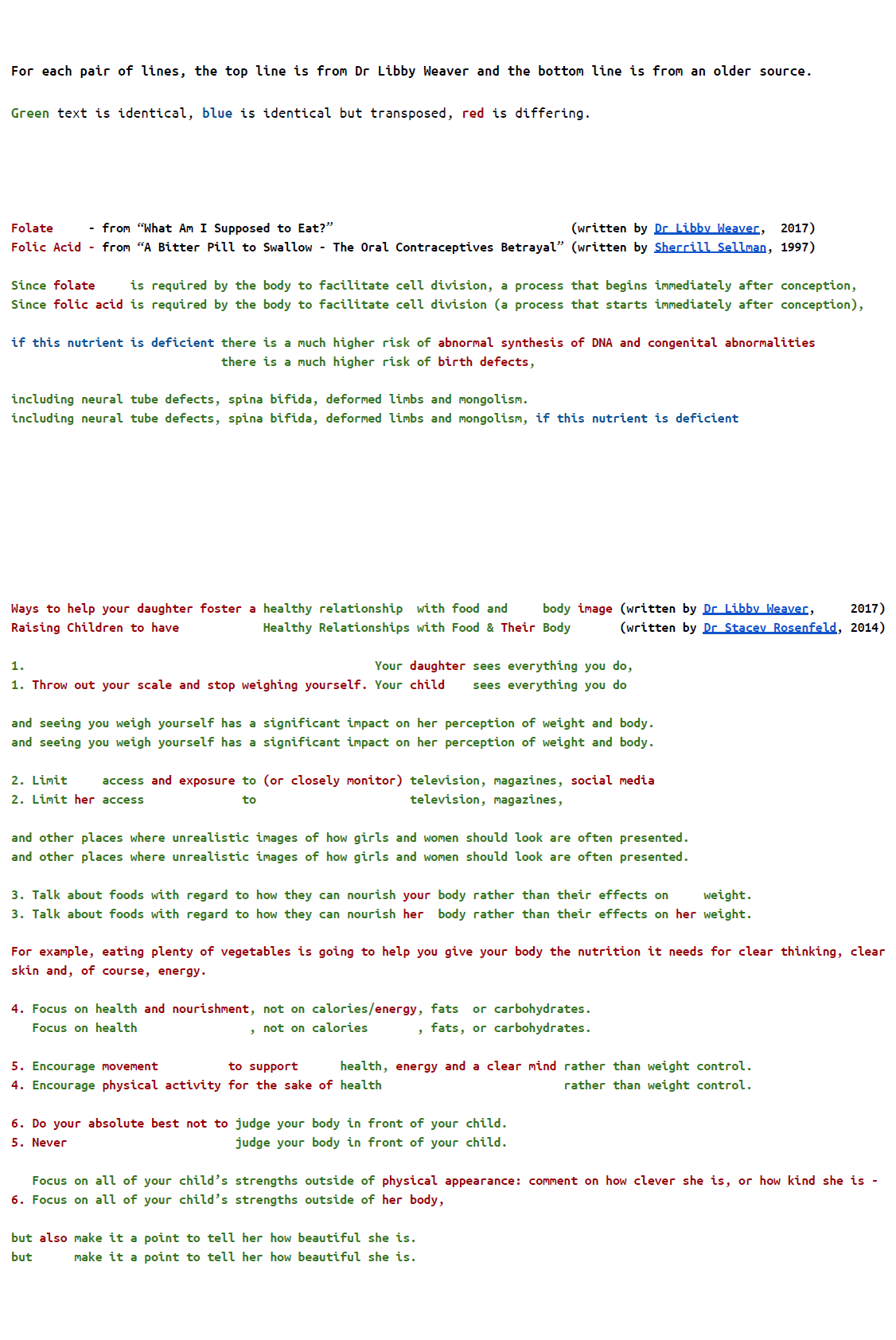