On Wednesday a group of us skeptics visited the Ark Man, Rod Walsh, who has been over in New Zealand (opens new window) from Australia on tour. Rod’s schtick is that god told him in the ‘90s to build a scale model of Noah’s Ark from Genesis. Apparently the day after he was told this by god, he turned on the radio and two people were having a conversation about the ark - which proved to him that god’s voice had been real. Rod has now built 6 scale replicas of Noah’s Ark over the last 20 years, and has been touring the world with his scale models since the ‘90s.

The Talk I attended was in the Heretaunga Christian Centre in Upper Hutt, here in Wellington. There were many believers in attendance - maybe between 250 and 300. It was disappointing that I bumped into a friend at the talk, and he’d brought his four school age kids along to learn about how the earth is only 6,000 years old.

Unsurprisingly, the talk contained a lot of nonsense, including tired old misconceptions about fossils. One argument he used, with images of fossilised fish giving birth or midway through swallowing other fish, is that fossilisation is impossible given an old earth because rock layers are formed over millions of years and you can’t bury a fossil quickly enough to immortalise these animals. On the other hand, a global flood can bury creatures quickly and makes sense of these fossils.

This argument totally ignores the very basics of our understanding of fossil creation. Yes, on average rock layers are laid down very slowly, with a metre of rock taking millions of years. But that’s just an average, and doesn’t mean that a very small amount of sediment is laid down every year - you can’t just divide the height of a rock layer by the number of years taken to lay it, and claim that every year an amount of sediment is laid down. Scientists know that fossils are made when animals are buried in single events, such as land slips (both on land and underwater), large underwater sediment deposits, sinking into tar pits, etc. I’ve seen this argument used before, by another Australian creationist called John Mackay, and it’s sad to see this kind of deception used.

Here’s me talking with Rod about radio dating methods. 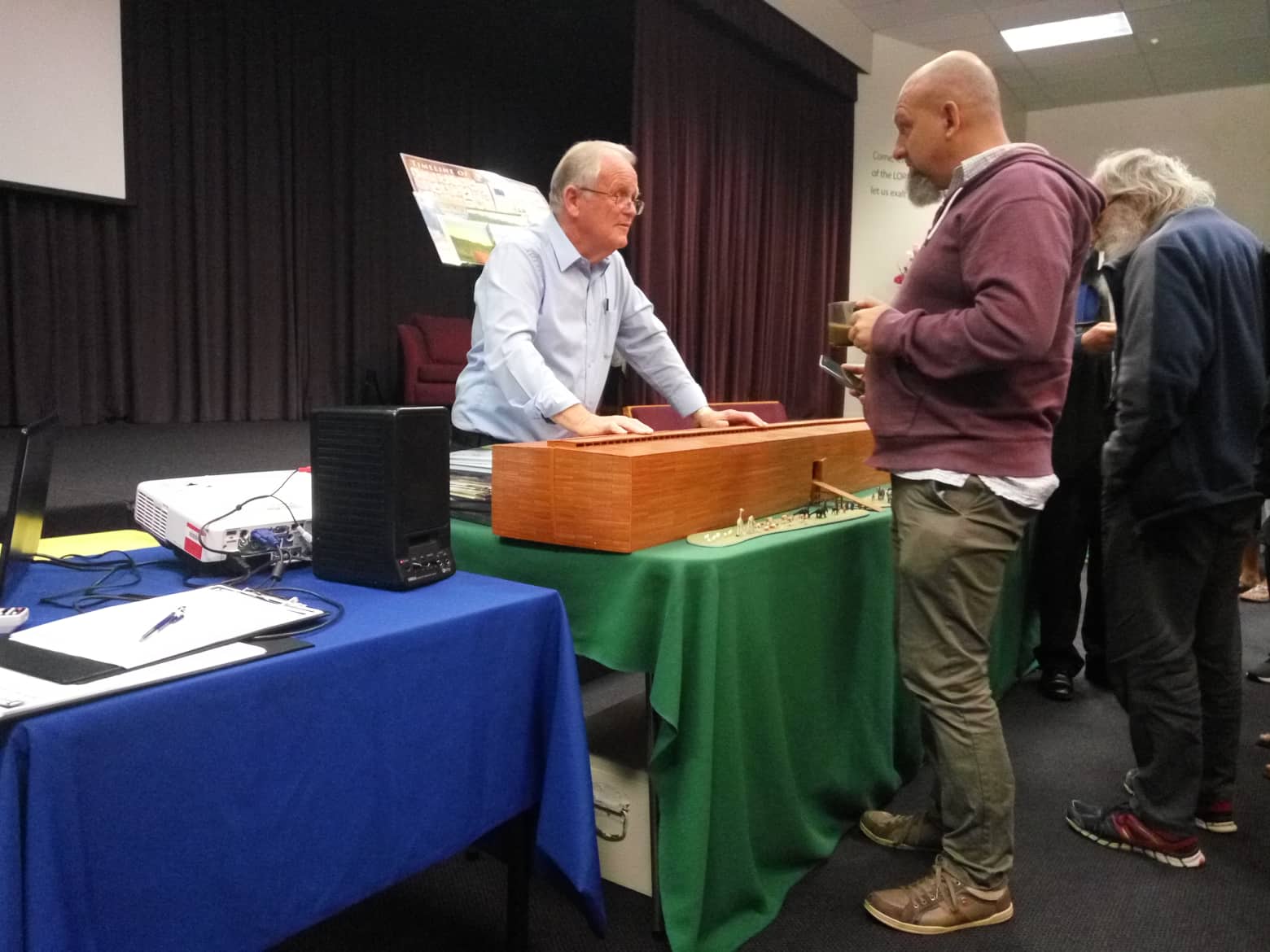 The end of the talk was a cringeworthy double whammy. First we watched a green screen video where they had filmed inside the model ark and then overlaid Rod walking around, pretending he was inside the model. The perspectives were off, the video was old and looked like it had been taken from VHS, and the acting was beyond painful.

But, worse than that, after the video Rod subjected us to a 12 minute sales pitch:

The queue for buying merchandise after this sales pitch was pretty long, which was sad to see. I feel sorry for people who are given the hard sell and then feel pressured into buying stuff, and possibly even more sorry for those who purchased books and DVDs willingly.

We went to the pub afterwards, and Dan confessed that he’d tried to shut the door of the model ark and it came off in his hand. Apparently it was attached with Blu Tack! 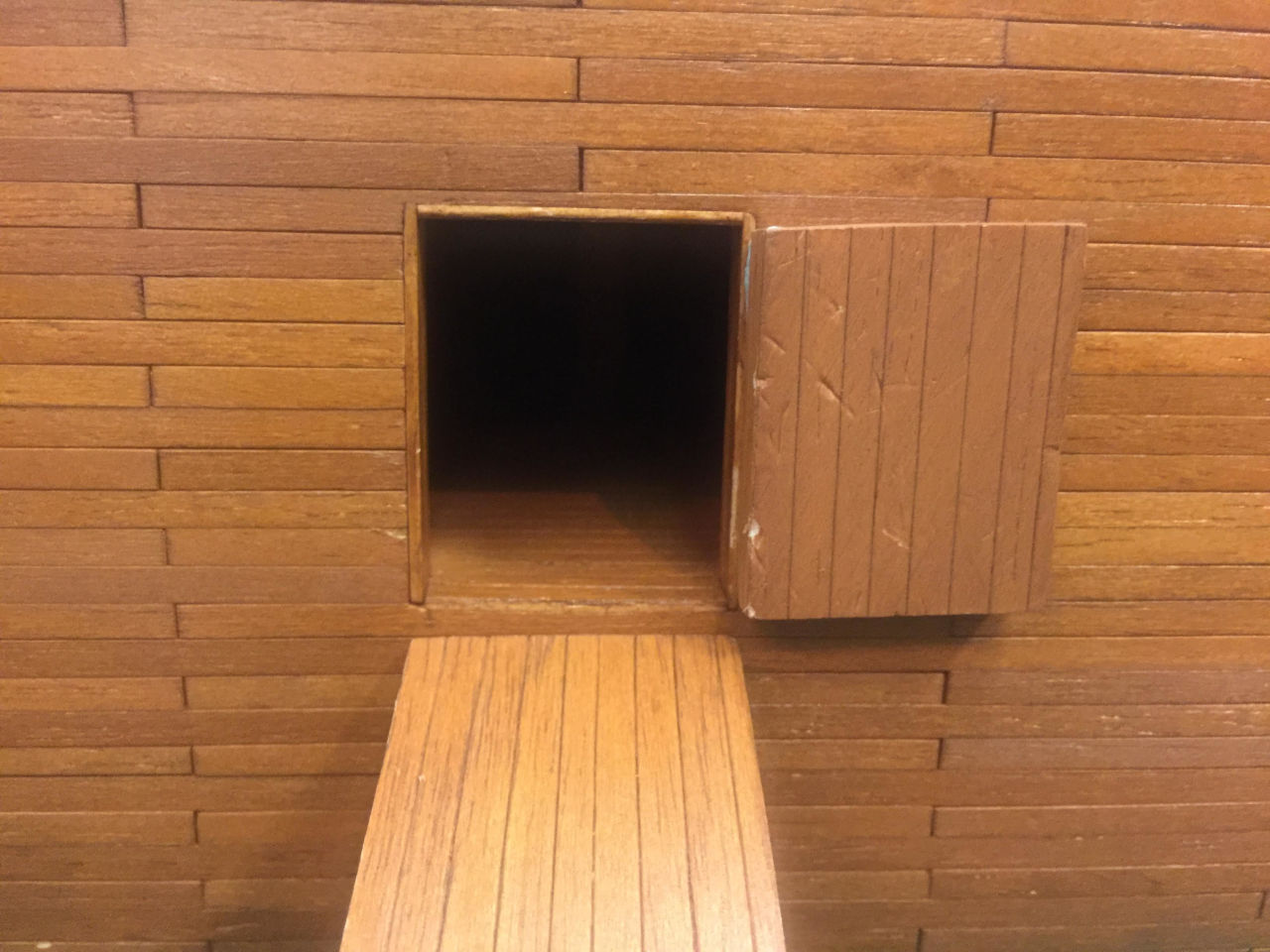