Christian Science - neither Christian nor Scientific

For a long time now I’ve been promising to take a friend of mine to a Christian Science church service. He’s been interested in doing this because he was brought up in the church in America, but hasn’t been back since he was a child. Finally, last weekend, the stars aligned and we managed to arrange a visit.

We arrived a few minutes early, and headed into the Wellington Central building, which is interestingly designed - from the outside it looks a little avant garde, and that theme is continued inside with very organic looking columns that are reminiscent of bamboo, and a lectern made of wood, steel and rope strands. 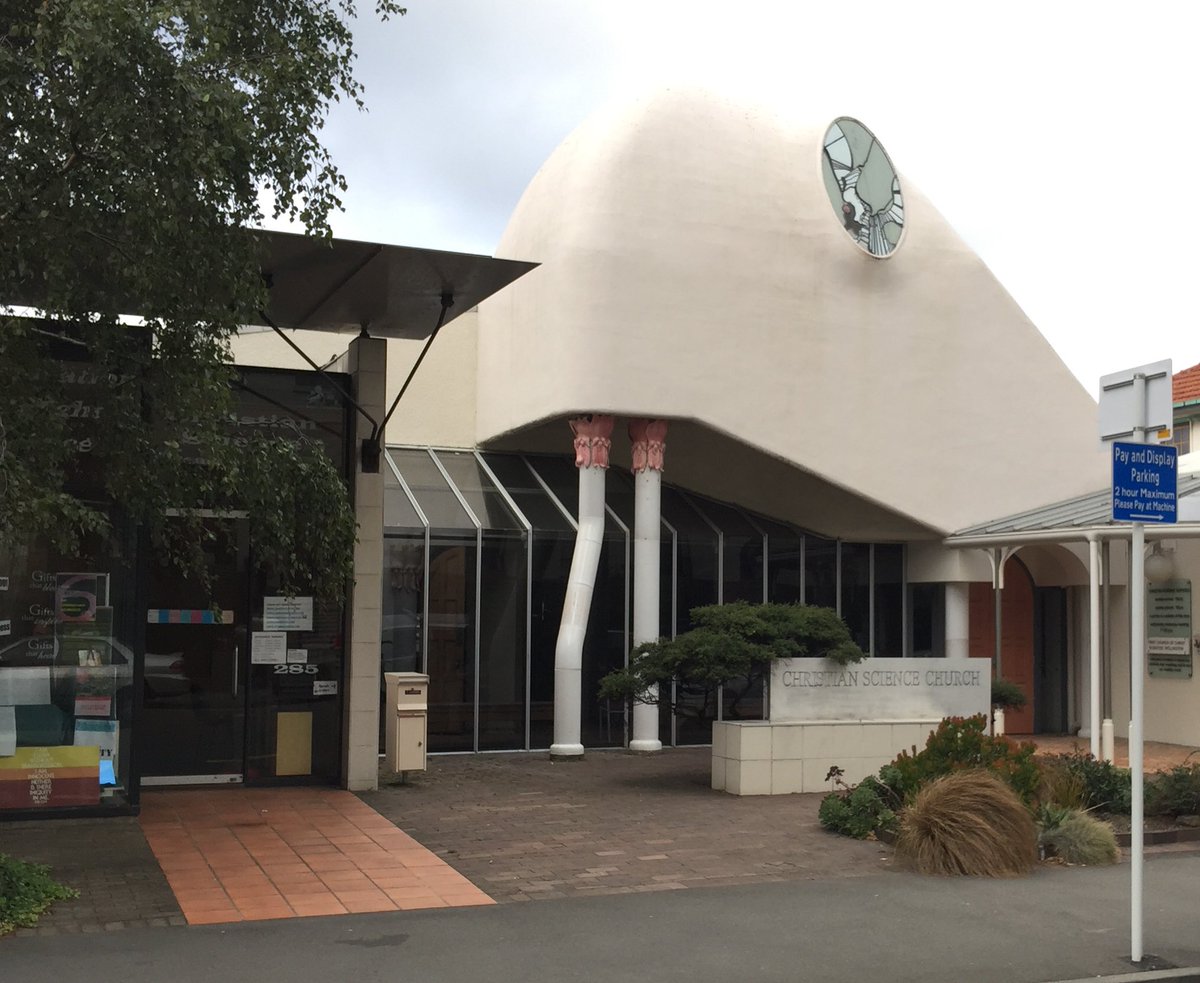 Before the service it was obvious the church is not used to seeing new people walk through the door - we were asked if we were "good people" before we were let in, I guess as a way to make sure we weren’t there to cause trouble. Inside there were maybe a dozen congregants. The service started with a couple of hymns, and the organ playing so loud it was hard to hear anyone singing.

After the hymns came the sermon. So, what does Christian Science teach? Are they Christian? Well, yes, kind of, although I’m pretty sure most Christians would denounce them for being heretical. Like the Mormons, Christian Scientists have the Bible as their holy scripture from God, but also refer to a second, more modern text. With the Mormons, it’s the Book of Mormon, and with the Christian Scientists it’s "Science and Health with Key to the Scriptures" - a book written about 150 years ago by the religion’s founder, Mary Baker Eddy.

The sermon we heard on Sunday consisted of alternating readings from the bible and Mary’s book.

What was impressed on us repeatedly throughout the sermon was that our physical bodies are not real, and that matter is just an illusion. We are made in the image of God, and because God is a spiritual being, we must be made of spirit too. Apparently it is the false belief that we inhabit a physical body which causes disease and death. Once you come to understand that matter is an illusion, you no longer have to suffer from disease. There was also repeated mention of the word "science", but it didn’t seem to be the science we know and love today.

And that, in a nutshell, is what the church is offering - the ability to be free from disease and injury. Of course at times church members get sick. But this is the fault of the adherent, not the church’s teachings, and it is a product of their lack of belief. To help with this, the church runs a helpful service where you can talk to a person they call a Practitioner, who will help to remind you that reality is an illusion - for a small fee, of course.

This false belief that injury and disease are an illusion can be very damaging. Scientology’s belief that someone who has been through "counselling" and reached the state of clear won’t get sick forces adherents to pretend that they’re not sick, and avoid getting medical help. In the same way, Christian Scientists will avoid seeing a doctor for easily treated problems.

This was the case with my friend’s brother, who was born with a club foot. The parents were told that the problem shouldn’t be treated because it wasn’t real - it was just an illusion. When, eventually, they relented and had surgery organised for their son, it was too late to do the job properly. If the problem had been treated at birth, my friend’s brother would have healed fully, but as it is, because he was treated later than usual, he walks with a severe limp.

After the service we were given copies of the latest edition of the Christian Science Sentinel. The current edition has articles on how racism is a product of the false belief that we inhabit a physical body, how trusting in spirit can help with dating, and some healing stories.

Before we left I asked if I could return to witness the Wednesday meeting, which my ex Christian Science friend tells me consists of church members giving testimonies of how their realisation of our spiritual nature allowed them to be healed from physical issues. I will report back when I’ve managed to visit them again.